AmCham EU would like thank all our outgoing chairs for their commitment and leadership over the past years. 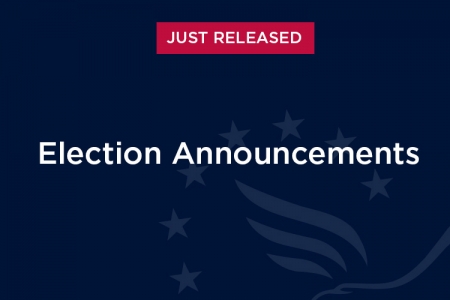 We would also like to welcome the new leadership to their positions and wish them the best in this capacity.

Please find below the elections results from the past month:

Maxime Bureau (3M) was confirmed as Chairman of the AmCham EU Board of Directors, succeeding Karl Cox (Oracle) who served as Chairman for three years. A reception was held on Tuesday, 17 of October to thank Karl for his years of dedication and to welcome Maxime as Chairman.

Johan Scharpé (ExxonMobil) was reconfirmed as Vice-Chair of the Transport, Energy and Climate Committee.

Walter Van der Meiren (UPS) was reconfirmed as Chair of the Customs and Trade Facilitation Committee.

George Candon (FTI) was reconfirmed as Vice-Chair of the Communications and Marketing Group.