Brussels, 24 December 2020 - Today, the EU and the UK have reached an agreement on the terms of their future relationship. This deal is a fundamental building block towards a strong and ambitious partnership across the Channel that we trust will continue to develop in the future. 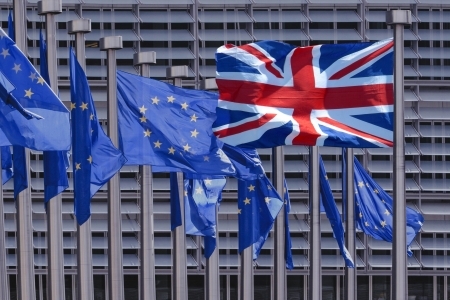 Most importantly, this agreement takes a No Deal scenario off the table. At a time of great economic hardship in the midst of a global pandemic, EU and UK leaders have managed to avoid another hard hit for companies of all sizes operating in the EU and the UK. Companies will require time to analyse the deal in detail and understand how the new relationship will impact their specific operations.

Our members remain concerned about how quickly they will need to adapt to the new requirements with a deal struck at a very late stage and at the eve of an important holiday in the region. Both parties should swiftly clarify when and how the new rules will be phased in as detailed guidance and substantial time will be necessary. The concerns of our members were reported on in an article by the Wall Street Journal published on Friday, 25 December 2020.

The American Chamber of Commerce to the EU (AmCham EU) now calls on the Member States, the European Parliament and the UK Parliament to endorse the agreement.

Zeger Vercouteren, Chair, AmCham EU, said: ‘While this agreement marks a turning point for the EU and the UK, it is only the beginning of their new partnership. We hope the deal creates the right framework and political context for close cooperation on many areas of mutual interest, including the new barriers to trade and investment that will arise in the future. The EU-UK relationship will need to adapt as our economies and societies evolve.’ He went on to say: ‘The EU and the UK should also continue to work together with like-minded partners, such as the US, to address the world’s largest challenges. The EU, the UK and the US share important values and their economies are deeply intertwined. Their joint leadership will be critical to setting standards for the global economy.’

American companies are heavily invested in both the EU and the UK. Europe receives 60 percent of all US foreign direct investment (FDI), out of which one quarter is located in the UK. The supply chains of AmCham EU’s member companies are highly integrated across the Channel, as they have often used the UK as a springboard to the Single Market for many years.