On Thursday, 27 September 2018 AmCham EU and EURACTIV hosted leaders from the four main European political groups for a debate on the future of Europe, with more than 300 participants attending. 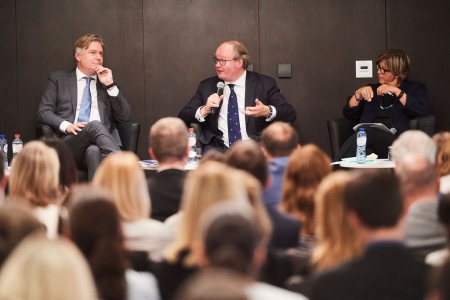 Brian Maguire of Euractiv moderated the discussion between the political leaders, which revolved around themes such as how ambitious Europe should be in expanding its influence in the next five years, innovation, migration, populism and disinformation.

The event also served as the launch of AmCham EU’s Agenda for Action 2019-2024, which outlines four areas where civil society, industry and government can move Europe forward together. Read a full recap on what was debated on EURACTIV.

Watch the event video on EURACTIV