AmCham EU congratulates Dr Ngozi Okonjo-Iweala on being appointed Director-General of the World Trade Organization (WTO) on Monday, 15 February 2021. Her appointment is historic, as she is the first female and the first African to take up the role. Dr Okonjo-Iweala’s mandate begins at a time of many challenges for the organisation, with its negotiation and arbitration mechanisms increasingly called into question. The confirmation of Dr Okonjo-Iweala as Director-General is an important first step in overcoming these challenges. Her track record in the Nigerian government and the World Bank, coupled with her reformist agenda, speak to her credentials to set in motion a modernising programme that can make the WTO fit for the 21st century. Her role must now be to seek consensus for reform across the breadth of the WTO’s member countries. 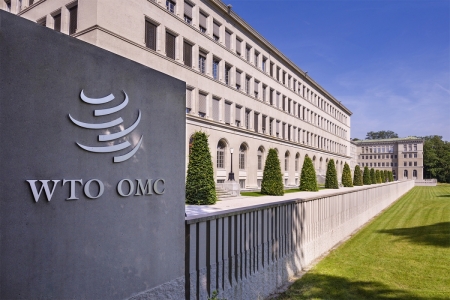 AmCham EU is an ardent supporter of the WTO, as highlighted by Susan Danger, CEO, AmCham EU, in her video message to mark the organisation’s 25th anniversary in 2020. AmCham EU advocates for the revitalisation of its negotiating function, the strengthening of the monitoring role of the secretariat and the reform of the dispute settlement mechanism. With its work to promote an environment of openness, cooperation and coordination within a stable and transparent legal framework, the WTO is a vital organ in our global trading system.