Your guide to the last ten years in digital policy

A decade of digital innovation has reshaped the way the world works. Over the course of the last ten years, Europe's digital economy has undergone massive changes – from the rise of digital services to the growing importance of big data and artificial intelligence. The question is: how has the EU’s approach to digital policy adapted in order to keep up with the rapidly evolving digital world?

Ahead of AmCham EU's 10th Annual Digital Economy Conference let's look back at ten major moments in the last ten years of digital policy. We'll look at why these moments matter and what they can tell us about the next ten years of EU digital innovation.

2012: The proposal of the General Data Protection Regulation (GDPR)

The proposal for the GDPR in January 2012 would prove to set a global standard for the protection of personal data. Replacing the 1995 Data Protection Directive, the regulation harmonised privacy laws across the Single Market, allowing for greater cross-border digital commerce. Most importantly, the GDPR built the trust necessary, among business, citizens and consumers, to build a future digital transition.

2016: The adoption of the Network Information Security (NIS) Directive

The NIS directive marked the EU's fist bloc-wide initiative to protect the digital networks and services of companies and consumers alike. The EU, along with the business community, recognised that a strong, digital Single Market cannot operate to its full potential without mitigating the risks of cyber-attacks, and that doing so requires resources to encourage information sharing and cooperation. The directive was, however, a first step – stay tuned for developments on the recently proposed NIS 2 Directive, designed to further harmonise European cybersecurity efforts.

2012: The proposal for the Roaming Regulation

Can you have a true Single Market for information technologies when it costs more to make a phone call outside of your home Member State? The Roaming Regulation, with its ‘roam like at home’ principle, allowed users to pay their domestic per-unit charge for calls and SMS messages in any country throughout the European Economic Area. In July of this year, the regulation was further enhanced and extended for another ten years.

2015: The release of the EU's Digital Single Market strategy

This communication, amid much technological upheaval, was a clear message that the digital sector was the key to unlocking growth. Built on three pillars – consumer access to digital technologies, a level playing field to drive innovation and maximising the growth of the digital economy – the strategy set the EU on a path to eliminating fragmentation in regulation and barriers to cross-border digital trade.

2020: The proposal of the Digital Services Package

The innovations of online service providers have led to innumerable benefits for European consumers as well as the global economy. The Commission put forward a package of initiatives to both foster the trust of users and unleash further innovation in the sector. These include the much-debated Digital Markets Act and the Digital Services Act.

2017: The adoption of the Building the European Data Economy package

Data is, and has been, the engine of economic growth in the digital economy. The Commission described data as the ‘raw-material' in a digital Single Market, and accordingly developed a plan to leverage that material's fair use to drive innovation. Allowing for greater data transfers and enhanced infrastructure reliability, including in cloud services, has demonstrably improved Europe's digital competitiveness.

2018: The proposal of the Regulation of Free flow of non-personal data in the EU

Prior to this regulation, businesses had to deal with a patchwork of rules for the storing and sharing of data critical for business decision making. The ending of data localisation requirements allowed for companies to scale their data-driven operations across the Member States. Free flowing data means companies can grow their contributions to the economy in tandem with a growing data economy.

Artificial intelligence has the potential to improve processes across sectors, from healthcare, energy, employment and trade. The proposed AI Act supports the development of an important technology, while ensuring it is safe, reliable and ethical. Adopting an approach focused on high-risk applications has been a solid first step in this balancing act. Going forward, the EU should cooperate with like-minded partners internationally, including the US, to further improve deployment of this game-changing technology.

Ambitions for a digital transition must be matched with a plan for action. This was the Commission’s intention when it developed, in concrete terms, a plan to progress toward a truly digitalised economy and society. Working across four points of a compass, the plan set ambitious yet realistic targets for digital transformations in infrastructure, education, government and business. Important to the Digital Compass, and to AmCham EU, was the emphasis on strong international partnerships as part of a more open digital economy by 2030. The EU’s digital future needs to be outward-looking.

2021: The establishment of the EU-US Trade and Technology Council (TTC)

Speaking of strong international partnerships, the establishment of the Trade and Technology Council in 2021 created a unique forum for transatlantic partners to address common challenges with shared values. By working together, the EU and US can lead on developing digital standards, driving innovation and boosting our economies. As the world continues to digitalise at a faster pace and challenges become more global, cooperation between like-minded partners will only become more important.

The last decade was filled with changes to digital policy, and the next decade is likely to see more still. These 10 moments demonstrate that the EU is playing an increasingly important role when it comes to regulating the digital space, with an impact globally. Partnering with allies will continue to be critical to the success of the EU’s digital agenda, including with the US through the TTC and with other like-minded countries in other fora, such as the WTO. The American business community in Europe will continue to be an engaged partner to build an innovative environment that benefits both citizens and companies.

Did we miss anything on this list? What do the next ten years have in store for digital policy? Discuss with us at our 10th Annual Digital Economy Conference on Tuesday, 29 November. Registrations are open now.

Introducing semiconductors: three things to know about the ‘brains’ inside electronics 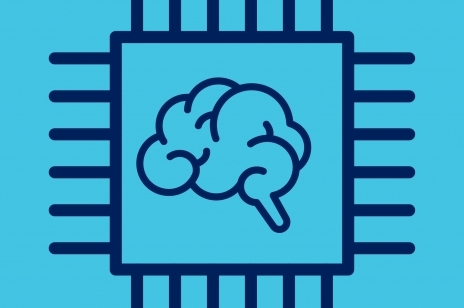 Chips are at the heart of the European Commission’s new strategy to strengthen the semiconductors supply chain and protect Europe’s standing as a world leader in technology.

Given its outstanding potential, Artificial intelligence (AI) is known as the ‘new electricity’.