The European Defence Industrial Development Programme (EDIDP) aims to support the competitiveness and the innovative capacities of the EU defence industry by promoting cross-border cooperation. 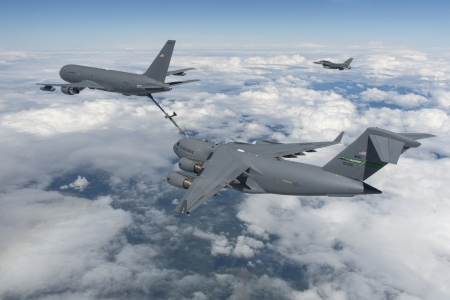 On Tuesday, 21 February 2018 members of the European Parliament Committee for Industry, Research and Energy (ITRE) voted on the proposal to establish a regulation creating a defence programme with the objective of supporting EU capability building and joint procurement.

The EDIDP represents one of two funding strands under the European Defence Fund (EDF)  introduced in the European Defence Action Plan (EDAP). Coming into force in 2019, the two-year programme's aim is the development and acquisition of defence capabilities, with an overall budget of €500 million.

It is set to be revised under the next Multiannual Financial Framework (MFF) and will most likely see an increase in available funding to €1 billion per year, with the research arm of the umbrella fund looking to receive €500 million annually.

The original European Commission proposal for the EDIDP included a very restrictive vision for the programme. Making participation only available to those entities located in Europe and majority owned by EU stakeholders. Since its original inception, the eligibility criteria has been a much-contested aspect of the programme and has therefore seen significant change both within the Council and the European Parliament.

AmCham EU welcomes these developments and the inclusion of a derogation to the control criteria in the ITRE proposal. Not only will this ensure that the full potential of the programme is achieved, but it also allows for the recognition of the tangible contributions that non-EU entities make to the European Defence Technological and Industrial Base (EDTIB).

The compromised amendments were accepted in the ITRE committee and the MEPs voted in favour of entering directly into inter-institutional negotiations.