Home » Preparing for a No-Deal Brexit

Preparing for a No-Deal Brexit

Sixteen days ahead of Brexit, negotiations have not delivered a Withdrawal Agreement and the possibility of No-Deal is still on the table. As the likelihood of a No-Deal Brexit increases, it is critical that the EU and Member States build an adequate framework of contingency measures to mitigate the disastrous effects of a cliff-edge scenario. 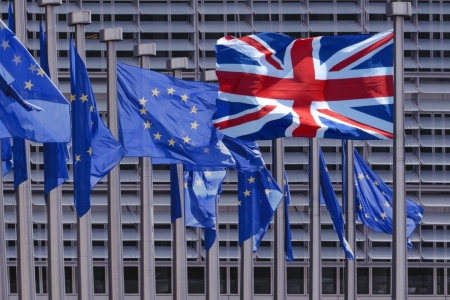 American companies have been preparing for the worst outcome, but there remain areas where support from EU decision-makers is required nonetheless. Although the European Commission has put in place a comprehensive set of contingency measures, some sectors still lack adequate support and risk facing harsh economic consequences.

For instance, more clarity is needed regarding customs documentation for goods crossing the Eurotunnel on Brexit day. In addition to this, data and capital flows will face obstacles in absence of temporary measures ensuring their free flow between EU and UK.

AmCham EU’s latest paper on Brexit (“Preparing for a No-Deal Brexit”) points to the gaps in the current contingency framework and provides sector-by-sector input on where more measures are needed to mitigate the effects of a No-Deal outcome.