AmCham EU reacts to US announcement to delay car tariffs

Brussels, 20 May 2019 – Last Friday, President Trump announced that a decision on potential Section 232 tariffs on EU imports of cars and car parts would be delayed for six months. 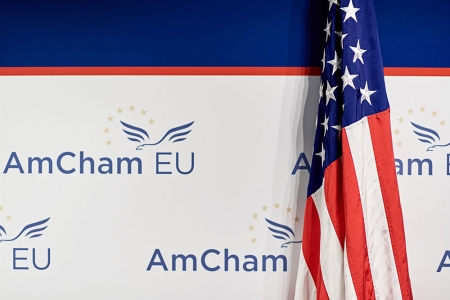 AmCham EU regrets the US decision not to remove the threat of new tariffs. The EU is the US’ staunchest ally and does not constitute a national security threat. The imposition of new tariffs would further inflate the current trade dispute and could spark additional tit-for-tat measures. It would significantly disrupt global supply chains and unsettle the multilateral trading system. Ultimately, no one stands to win from further tensions, which would only hurt jobs, prosperity and security on both sides of the Atlantic.

We continue to urge the US government to refrain from unilateral action. Instead, we believe both sides should focus on building a positive EU-US trade agenda that advances the world’s largest economic relationship. 16 million jobs rely on the transatlantic economy.

The EU and the US should continue to make progress on the ongoing trade talks, including regulatory cooperation, energy, standards and World Trade Organization (WTO) reform.